This project is currently undergoing major rewrites (again).  The new prologue is released but this demo is not yet caught up to the previous version in terms of plot-progress.

Synopsis
The Crown Quartet has ruled since the beginning. The only mortal among their number is the Dragon King. But even their great wisdom and power has done nothing to keep back the encroaching shadows.

Sixteen years ago the Shield of Avalon, the flagship of the Order of Flames, knights sworn to the service to the Pendragon lineage was destroyed before it could reach the Liminial Zone - the border shadow and light, between death and life.

The greatest hero that mankind had to offer was onboard...and so were you.

Find me on tumblr @phoenix-knight-if!

Phoenix Knight is currently suggested for 18+ currently due to uncertainty about where the draft will go.

About the Project & Me

The Phoenix Knight began originally in ChoiceScript as a more traditional medieval fantasy story with a semi-Arthurian setting. I was using it more to practice how to write the same characters reacting to different variations of the same scene. I deleted the entire original project sometime during the summer of 2020.

I've decided to return to the concept, using Twine this time.

However, this is my first experience with coding and the reason that CS had originally appealed was the lack of visual elements. I'm learning - but slowly - and I hope y'all will be patient with me. ^^' College hasn't done much to aid in my endeavor.

the story is interesting, I can't wait for more update good job :D

oh also there's an error when talking to Rowan when you accept their nickname $rowannicnkname, I thought I'll let you know

Ah, I love this! It hits my arthurian obsessed self right in the spot! Generally speaking, I love stories of resurrection (though I would have liked a warning abuout the amnesia) and I love when stories mix old legends and tales with futuristic settings, so really, what's not to love!

I have encountered a few issues here and there though. Nothing that big, I believe?

- In this segment Riley's pronouns switch from NB to female and I don't think it was intentional, since it is in the same sentence: "For some reason Riley decided that you were the best person in the world. Or at least you were the best "big brother" material that Siege Perilious had to offer, because from the moment they could walk Riley was following you everywhere she could."

- Would it be possible to make the color of the selections pop out more compared to the rest of the text (or make them bold or something)? It's okay with choices at the end of the page, but with things like selecting the eye and hair color and things like that, I barely noticed these were actual choices - at first I thought the appeareance was preset.

- When talking with Rowan after talking with Felix, and asking Rowan if they are really friends, the following conversation is a bit weird since my MC's talk with Felix has gone quite well, so I don't know why is he suddenly talking about Felix as if he was so inconsiderate, and why there isn't any option for my MC to tell Rowan he WILL give Felix a chance with certainty (instead of just "trying" and with "no promises"). MC noted himself how Felix is nice and "adorable" past the "prickles", and nothing happened to make him backpedal on that opinion. Same goes for most of the things MC thinks on the page that follows, if the "try to give him a chance" option is selected - it paints Felix as really unpleasant and MC has a lot of reservations about him, while their previous interraction was nice.

- By the end of the first meeting with Eydis (if she's the last person MC goes to meet, at least), I got a strange error after being friendly when she asked if MC would be volunteering to try what she bakes from now on.

Also, if baked correctly, a maple-bacon muffin must be absolutely delicious and now I want to try baking that IRL. The mere mention of that made my mouth water. Yes, this is very relevant feedback.

Anyway, I think that's it. Aside from these few issues, I really enjoyed myself a lot and I'll be waiting eagerly for more!

Fig in a hand basket. The Riley pronoun switch was one I missed since originally I was going to have them start using NB pronouns only AFTER you meet them again, but I decided to change that. I must've missed that one when I edited them over. Thank you for pointing it out.

I'll look into changing the link color a bit more so it's obvious. (Color design is definitely not my forte. ^^') So it's good to know that folks are having problems with it. Since I'm already redoing the Character Creation section it's a good chance to get that adjusted so its easier.

Huh - you have a really good point. I think I'll see about adding some more variation for that convo tree. Especially since Felix did end up being less outright hostile in their branch than I originally planned (so long as he isn't provoked anyways). ^^''

And I happen to AGREE with you on the maple-bacon. The problem is Eydis had no idea HOW to bake it. She was sabotaged by a fae and Felix in an ongoing prank war. I'll make sure the option is working correctly - thank you for letting me know it's not triggering right. X_x

I really am glad you enjoyed it! :) It's definitely very much a WIP, hoping next update is a little smoother. ^^;; Thanks for giving it a shot!

Hey, I have read your recent tumblr update, and I hope things will start to get better for you now. My life is hectic as heck atm too so I can relate.

I'm very eager for the changes you're planning to make to this project and very hyped for the update when it comes! But first and foremost, take care of yourself! 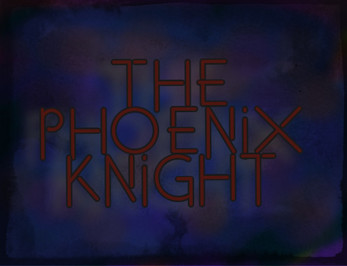